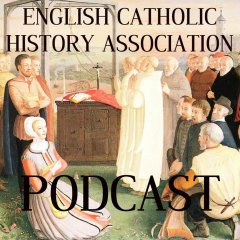 Bishop Laurence Walter Youens was a convert to the Catholic faith from Anglicanism, and was ordained priest in 1901 in High Wycombe, the first Catholic priest ordained there since the Reformation. After a period of missionary work in North Africa, he returned to the diocese of Northampton and remained for the rest of his life, being especially devoted to the education of poor boys. At the age of 60 he was asked to be Bishop of the relatively poor diocese, which through the lean years of the 1920s and 30s was home to an increasing number of Catholics seeking work in the new towns such as Luton. He oversaw the establishment of new churches and Mass centres in the diocese as the Catholic population grew rapidly during these years. He died in November 1939 while writing a Bishop’s letter encouraging all members of his diocese to have courage in the years of war to come. He is especially to be remembered fpr promoting the shrine of Our Lady of Walsingham, celebrating the first Mass in the Slipper Chapel since the Reformation on the Feast of the Assumption 1934.

Mrs Margaret Osborne was for many years Northampton Diocesan Archivist