The Christian History of Wells by Dr Tim Hopkinson-Ball 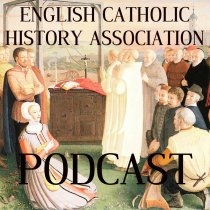 The Christian origins of the town of Wells may go back to Roman times.  The excavation of an early mortuary indicates the presence of Christian worship dating from the early Saxon period.  Evidence of Christian burials date from the 8th century.  In 705 AD the first minster church was consecrated, which, when the parochial system was introduced became the cathedral church of Somerset.  There was mediaval rivalry between it and the Abbey of Glastonbury which retained its independence from Wells with some difficulty.  The Bishopric was added to that of Bath in the early medieval period and has remained so to this day.   The present day world-famous medieval cathedral was altered internally during and after the Reformation, but still substantially reflects its Catholic origin.

HOW TO LISTEN TO THIS TALK     Playing time 38 minutes
Click on the arrow to listen on your computer
OR  Click on the image above to find this talk in our free iTunes podcast. Follow the instructions given to download the talk or subscribe to the podcast