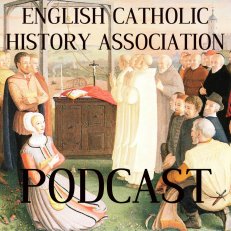 Until the Civil War in the mid 17th century Wales was the most Catholic part of Britain. Mrs O’Keefe details the increasing severity of the laws against the practice of the Catholic religion in England and Wales from the time of Elizabeth I onwards, together with the way these laws were largely disregarded in Monmouthshire as a result of the high proportion of leading Catholic families who held positions of responsibility in public life, despite the penal laws against them.  However, after the ‘Popish Plot’ of 1678 this changed, resulting in the deaths of several priests such as David Lewis, Philip Evans and John Kemble, who were canonised in 1970 as 3 of the 40 Martyrs of England & Wales.  Mrs O’Keefe is a lecturer at Cardiff University in medieval art & architecture, with a special interest in religious history.

HOW TO LISTEN TO THIS TALK     Playing time 55 minutes
Click on the arrow to listen on your computer
OR  Click on the image above to find this talk in our free iTunes podcast.  Follow the instructions given to download the talk or subscribe to the podcast